Catheter associated urinary tract infections (CAUTIs) are largely preventable but common and costly infections. Foundation work indicates that 26% of patients admitted to an Australian hospital receive a urinary catheter, and these infections occur in 1% of hospital patients1. CAUTIs are associated with higher risk of antimicrobial resistance (AMR), making the treatment of patients difficult and compounding the effects of AMR when treatment is provided.2,4 AMR is an issue in UTIs.5 Evidence has suggested that reducing bacterial colonisation around the urethral area has the potential to reduce CAUTI risk.6

To evaluate the effectiveness using chlorhexidine in meatal cleaning prior to catheter insertion, in reducing catheter-associated asymptomatic bacteriuria (CA-ASB) and CAUTI.

To evaluate if the intervention is cost-effective.

A stepped wedge randomised controlled clinical trial was undertaken in Canberra, Lismore Base and Sydney Adventists hospitals over a 32-week period. During the control phase 0.9% saline was used for urethral meatal cleaning before catheter insertion, and during the intervention phase chlorhexidine 0.1% was used.

A stepped wedge randomised controlled clinical trial was undertaken in three Australian hospitals, Canberra and Lismore Base hospitals and Sydney Adventist hospital between August 2017 and March 2018.


The intervention was the use of chlorhexidine (0.1%) solution, compared to normal saline (0.9%) for meatal cleaning prior to catheter insertion. The stepped wedge design allows hospitals to act as their own control. 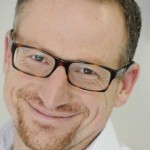 Why was the study needed?

CAUTIs are associated with increased complications, delays in leaving hospital and increased antibiotic use. Australia has no national initiatives to reduce these infections. The evidence on which solution to use for meatal cleaning, prior to urinary catheter insertion is mixed. There are conflicting recommendations in international guidelines and in clinical practice, which reflect this uncertainty.

A published article in the Lancet Infectious Disease will be published here in mid-April 2019.
A podcast regarding the results is available below for streaming or download.