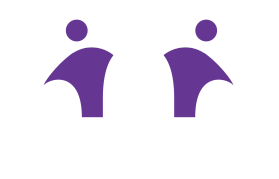 The Avondale Scripture, Spirituality and Society Research Centre was established in 2019 for the following purposes:

The Scripture, Spirituality and Society Research Centre acts as a research hub by being a source of directed research funding, a host of conjoint and adjunct scholars, of PhD students, and of research activities relating to its purposes. It is working to establish links with academics from all parts of the world – including Australia, naturally – who are actively involved in researching topics related to Scripture, Spirituality and Society, and would welcome inquiries from interested academics.

Fostering the spirituality of its staff and students has been at the centre of Avondale’s Mission since its establishment in 1897. This emphasis is clearly evident in the “Introduction” of the earliest surviving “Calendar”, that of 1899, which opens with the words, “True education is the co-operation of man with God in working out the plan of redemption; it is a process by which God works in man to restore His image in the soul.” It states in its second to last paragraph that “The present is emphatically an age of reform, and we profess to be a progressive people. The gospel message for this time is a three-fold message, its work being to reveal three phases of truth, physical, mental, spiritual.” [“Third Annual Calendar: The Avondale School for Christian Workers, 1899,” pp. 9, 12]. The commitment of the early leaders of Avondale to the three-fold development of the physical, mental and spiritual aspects of their student body was reflected in a very practical way in the way the student’s time was arranged. “A daily program was published in the Announcements between 1903 and 1915, and the information given there and elsewhere in the Announcements reveals the following result. Each five-day week was organized in a way which allocated the following number of hours: 9.75 to religious exercises (including morning and evening worships and chapels), 22 for classes (including 1 hour to spelling; 1 hour to music, 5 hours to industrial training, and 15 hours for academic study); 11.25 for study, 12.5 for work. Saturdays (observed strictly as Sabbaths) were devoted to religious exercises and evangelism, and most Sundays were spent in a physical labour program” [Robert K. McIver, “Physical, Mental, and Moral Education at Avondale University,” Adventist Heritage 16/1 (Spring 1993) 53; Cf. “The Future of Theological Education in Australia – A Case Study: Avondale University,” Colloquium 25 (1994) 96-98].
Subsequent to its 19th century beginnings, the Avondale School of Christian Workers has transformed itself into the Avondale Missionary College, and more recently Avondale University. Currently it is seeking government approval to become Avondale University. This trajectory from secondary school, through a teaching-focused tertiary educational institution, to an institution poised to become recognized as a research and teaching focused University College, has brought great changes. But throughout its history, biblical studies and spirituality has remained at the core of Avondale’s values. The Avondale Scripture, Spirituality and Society Research Centre is a tangible representation that these core values remains central to Avondale as research becomes a greater part of the activities of Avondale’s faculty members and students.
In 2018, Avondale’s senior executive reviewed the activities and scope of the Spirituality and Worship Research Centre, and discovered that while there was significant research taking place at Avondale in the areas of spirituality and worship, these terms didn’t encompass some other significant centres of research excellence in the Avondale Seminary in the areas of biblical, theological and church ministry studies. It was decided that renaming the centre, the Avondale Scripture Spirituality and Society Research Centre would preserve the research links that were already in place, but would expand the scope of the Centre’s activity to include the work of more of the academics of the Avondale Seminary and their PhD students. Including the word “society” in the title of the research centre would not only encompass the research taking place in the area of Church Ministry, it would also include more of the researchers of academics and PhD students based currently in the School of Arts. These and other arguments were persuasive to Avondale University Council, and the centre was renamed in 2019.